Foreign Affairs looks at "The World After the Pandemic" 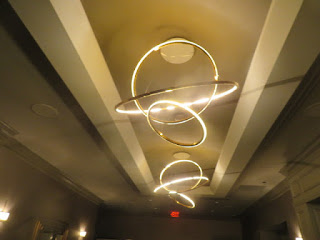 The July/August 2020 issue of Foreign Affairs offers four major essays on “The World After the Pandemic”  (subscription paywall).

Michael T. Osterholm (University of Minnesota)  and Mark Olshaker write “Chronicle from the COVID-19 Failure – Before the Next Outbreak Arrives”, p. 10.  This article reminds us that we need to take the novel influenzas incubating in Asia (H5 and H7 strains of “bird flu”) and have vaccines ready should they become more transmissible among humans.  They argue that a universal flu vaccine is an urgent national security need.  That may be true of coronaviruses.  There is some evidence that cellular immune resources do remember “similar” viruses that you don’t have antibodies on the shelf for.

Francis Fukuyama writes “It Tales a State”, (p. 26, which is a little more testing than Hillary Clinton’s “It Takes a Village” (I never did a book preview on that, or did I?)

Danielle Allen writes, “A More Resilient Union: How Federalism Can Protect Democracy from Pandemics”, p. 33    Federalism has meant states managing their own stay-at-homes, reopenings (although they are making regional agreements among governors) and rebounds of cases, it looks like now.  Federalism is a controversial idea in political theory of democracy (Vox’s Ezra Klein likes to question it, as has leftist Carlos Maza).

Stewart Patrick writes “When the System Fails: COVID-19 and the Costs of Global Dysfunctions”

How can you explain how 17-year-old Seattle high school student Avi Schiffmann realized in December that COVID that this virus in China would explode and needed to be tracked?   Did the CDC?  CIA?  Trump didn’t take it seriously, of course.

Even John Fish (20, involved for a while in a project to make ventilators cheaply in Montreal, while on his gap year from Harvard) says he didn’t grasp the gravity of the situation until February.

The young people own this problem now.  David Hogg, where are you?  Maybe we need to lower the minimum age for the presidency below 35.