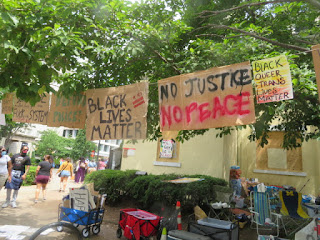 Concepion de Leon and Elizabeth A. Harris warn authors seeking trade publishers that major houses don’t seem to treat black and non-black authors equally (as far as advances and royalties go). The article title is telling “#PublishingPaidMe and a day of action reveal an industry reckoning; A viral hashtag invited black and nonblack authors to compare their pay; publishers pledged to improve their diversity efforts.”

Authors have been discussing this problem on Twitter with the #PublishingPaidMe hashtag.

The article notes activism by Farrar, Straus and Giroux working on books specifically by black authors (with donation of pay).

I can imagine the debates to come about inclusion of black characters in fiction novels and screenplays with “mainstream” or even other focus like LGBTQ.  My own work is based on my own experiences and perceptions over decades.  Yes, I do have some diverse minority characters (in high places, like in the CIA), but I don’t present an intimate relationship that I would not have wanted, for example.

There is a question of reading and literacy in some communities that would otherwise be customers of book publishers.  Covid19 has badly damaged efforts to make independent bookstores  (or channels like Boomtube) more active in this area.

I wanted to note also that I personally don't feel I have a racial or ethnic group identity at all. The alt-right wants to claim one (Charlottesville), but now a writer like Diangelo seems to insist that I have one and don't get to choose not to have one, to accept my share of responsibility for group privilege (?)  But I've also gotten that complaint from the right, like why don't I promote Israeli sovereignty for Bethlehem if I am a Christian?  That seems to be a problem with "spectator" journalists.  If I drive down to Richmond to take a picture of the fallen (Confederate) Lee statute and use it (under my own copyright) in my own neutral "news" blog, then why am I too smug to raise money for their fight or join their protest?