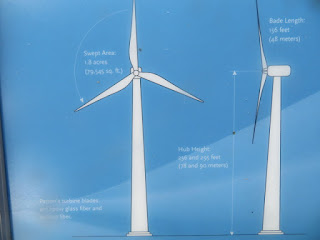 Vox has republished a November 2018 article by David Roberts, “Clean energy technologies threaten to overwhelm the grid: Here’s how it can adapt.”  There are animated graphics by Javier Zarracina.

It does not appear I had covered this article before.

It has also updated the article with an addendum, "A national US power grid would make electricity cheaper and cleaner". The article works backwards in five parts.

The original article was motivated in part by the wildfire catastrophes in California.

It also discusses the legal authorities, which overlap between state and federal, and the ownership structures of utilities, which in turn are bunched into three top-down structures: the Eastern, Western, and Texas grids, which the newer article proposes integrating.

But the capacity to generate power locally (with DER’s, or distributed energy resources, or “microgrids”) changes the games, and, however flexible it needs to be, fits in to what is necessary for climate change.

The article does not discuss power grid security, from cyberthreats to air gaps, or from physical attack or even international (North Korea). But it makes sense the decentralization could make recovery of power more feasible after a catastrophe.  Taylor Wilson has proposed decentralization with small underground fission reactors.