Bruce Feiler writes about his "Life Is in the Transitions" 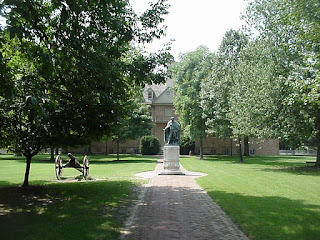 Bruce Feiler speaks in a Wall Street Journal article July 10 (my birthday), “Leaning to Conquer Life’s Crises”   This is a preview of his new book “Life Is in the Transitions: Mastering Change at Any Age”, published today by Penguin, 368 pages.  The book is a compendium of interviews of dozens of people facing life changing events and existential changes in sense of self as a result.

He talks about two kinds of events:  “disrupters”, which happen every 1-2 years, and “lifequakes”, 3 to 5 times in a lifetime.  For most of us, the coronavirus is indeed causing a “lifequake”.

In my own life, I would say the “lifequakes” subdivide into “disrupters”.  The first quake arguable was my William and Mary expulsion in Nov. 1961.  There were disrupters (my first job in 1963, the “scandal” with my teaching assistantship at KU in 1966, and getting drafted in early 1968).

My first layoff in 1971 (and there would not be another one until 2001) was a near quake, but I settled in and lived a stable life until 2001, and then had another kind of stability afterward, too dependent on family wealth, with mother’s surgery producing a “disruption” in 1999, and another one with her passing in 2010.

Actually, the AIDS epidemic provided a life quake from about 1983-1986 when I was living in Dallas (with its two-year delay) but I never got infected.  There was a kind of new normal.  But the coronavirus threatens to force a change on me -- if I live long enough -- that really is existential and indeed ironic, maybe one my writings set up as a potential perfect storm.