"White Awareness: A Handbook for Anti-Racism Training" caused a controversy for the Smithsonian 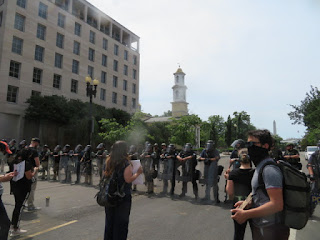 There is an old handbook a 1978 paperback, now expensive and a collector’s item, “White Awareness: Handbook for Anti-Racism Training”, by Judith H. Katz, from the University of Oklahoma Press. The existence of the book reminds us that the theory of anti-racism (and even critical race theory) have been around before, and I recall them occasionally from the early 1970s.  As an author myself, I have a bit or revulsion over the idea of spoonfeeding people in handbooks.

The Smithsonian National Museum of African American History and Culture admitted that it had used a “whiteness” chart that seems to emphasize individualism (deferred gratification, logical thinking, etc) but as an example of “ideology”, according to a Washington Post article by Peggy McGlone July 17. Newsweek had a similar story by Marina Watts.

The Smithsonian periodical has several articles with a flavor of anti-racism, such as “How to Talk about Race, Racism and Racial Identity”, by Allison Keyes.