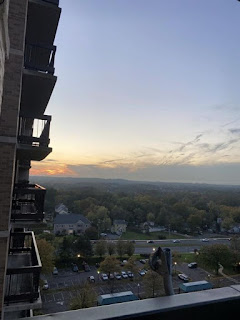 Here’s a big article in the Atlantic by Anne Applebaum, “The Election Is in Danger, Prepare Now”, with the subtitle, “A Citizen’s Guide to Defending Democracy”.

She wants citizens to make the effort to vote in person if at all possible.

She wants you to work the polls (if not is a medical risk group, or maybe if you are on the edge of one).

She wants you to drive people to the polls.  Just open the car windows and make them sit on the rear passenger back (well, what if there are several).  Do you make them wear masks?

She wants people to volunteer virtually to help voters in battleground steps.

I voted by mail in Virginia Sept. 25 (the first day possible) and did not need a witness (despite the instructions on the envelope, I conferred with the state's website).

I worked the polls for the primary March 3 (the day the other candidates collapsed for Biden), but backed out of Nov. 3 after talking to the county officials on the phone.  They thought they would have enough workers under 70 (with laid-off people working ).  They have many more young people as election judges than ever before.

It links to a similarly strident article by David Litt.