Atlantic: "The Rise of the Three-Parent Family", and it could put social pressure on singles 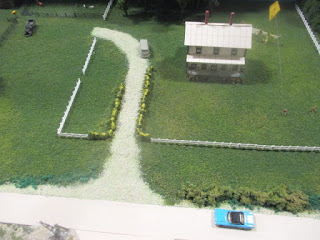 The Atlantic has a major story on Sept. 24, 2020, “The Rise of the Three-Parent Family” by Angela Chen. The URL reads “how to build a 3-parent family”.

The practice of setting up trio legal agreements has been developing for some time, especially in the San Francisco Bay Area, but has not been well known. It was discussed this morning (Oct. 9) on ABC Good Morning America.

The article gives a biographical story of Jay, who says he is asexual, but is still the biological father of a child of a married couple with whom he shares legal custody.  It is not clear how many states allow this.

Jay had written a senior thesis on what differentiates sexual from non-sexual relationships (it would be nice if The Atlantic could link to a pdf of that thesis).

The article doesn’t get that much into co-parents who are not biological parents at all (possibly gay men especially).  My perception is that the concept could be used to encourage more people to share the cost of child rearing given so much economic and social inequality, and it could be encouraged to cross racial lines (it could be viewed as an anti-racist idea).

On the other hand, it bemuses the conservative idea of the traditional two-parent family.