Gene Weingarten: "Can We Ever Be One Country Again?" in The Washington Post Magazine 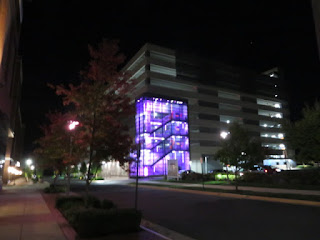 The Washington Post Magazine for Sunday Nov. 1, 2020 offers a perspective by Gene Weingarten,
"Can We Ever Be One Country Again?"

The online title (for this Perspective) is “In Search of Healing” with the subtitle “America is facing one of the deepest divides in our history – and no matter who wins the election, a difficult path forward”.

He starts out with a sketch of Rob O’Neill, who was one of the Navy SEALs who participated in the raid of Abbottabad, Pakistan, to take out Osama bin Laden.

Then the article goes on to present O’Neill as a Trump supporter, rigid individualist who sees socialism and forced conformity to authority (despite his own experiencing it in the military) as an existential personal threat.  It sort of tracks to the ironies of my own military service 1968-1970.

The piece later describes Trump as a man in need of “sycophantic admiration.”

The article describes a historian Daniel Walker Howe, who sees todays divisions as more intense than any time since the 1850s. History, he says, but is not about individuals but about grand sweeps of “public sentiment”.

The article goes on to people’s unwillingness to change their minds, their “selfishness” which seems like a contradiction to tribalism.

He goes into ethnic antipathies, and then gets to discussing Bob Woodward’s account of Trump’s holding back on the coronavirus, and then the account of what Trump supporters are like. He finally talks to a mathematician “Dan” who analogizes todays divisions to imaginary numbers.