"The Office of Historical Corrections", a new kind of fiction book? (preview) 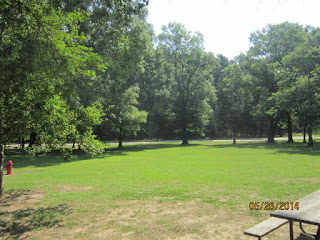 Joumana Khatib offers a review in the New York Times of a somewhat unusual book, “The Office of Historical Corrections”, by black author Daniella Evans, from Riverhead.  It shows her with her black cat, Betty Davis (who is rather like one of Louis Rossmann’s cats on YouTube). It’s a little pricey now on Amazon.

The book has an unusual format. It has a novella, which is eponymous with the book title, and six short stories.

The novella concerns an employee of a fictitious bureaucracy whose job it is to leave “clarification” notes all over the country.

One of the stories concerns a black student maligned for a flag but supported by a libertarian group.

My own DADT III book (2014), is a little bit comparable, in that it contains a non-fiction section (essentially seven essays, five of which are numbered as chapters, and are based on autobiographical topics), and a fiction section, with an introduction and three stories.  The middle story is based on my time in Army Basic in 1968; the other two, set 40 years apart, are parallel road trips leading to very different conclusions, but they could be paired to make a clever independent “A24-style” film.

In high school English in tenth grade (1959) we had a unit on short stories, and had to know the stories in detail for the test.  I’d love to give a test on my books.  Short stories are supposed to be unary in concept, analogous to short films.  I wonder if this collection by Daniella is on John Fish's reading list.