"Wired" Magazine dedicates issue to excerpts from "2034: A Novel of the Next World War" by Ackerman and Stavridis 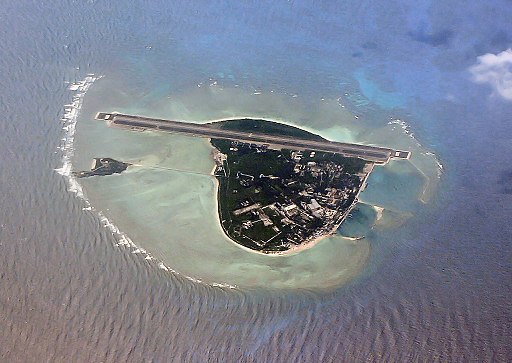 The February 2021 issue of Wired (Conde Nast: I have both print and digital subscription) offers, as its entire issue, excerpts (Chapter 1, 2, and 4) from a new novel “2034: A Novel of the Next World War” by Elliot Ackerman and James Admiral Stavridis (USN), with illustrations by Owen Freeman, from Penguin Press, 320 pages, ISBN 978-1984881250.  The magazine issue titles itself “A History of the Next World War”.  Ackerman has an earlier contribution in Wired, Oct 30, 2020, "A Navy SEAL, a Quadcopter, and a Quest to Save Lives in Combat".

The novel appears to start with the capture of a Chinese boat called the WenRui, based on the name of someone associated the Maoist 1960s Cultural Revolution. It seems to have a lot to do with Chinese intentions regarding Taiwan, territory around Hong Kong, Iran, and parts of the Middle East.  (Chapter 1 is titled “The Wenrui Incident”.)

The narrative seems to start on March 12, 2034 (a Sunday) and one of the domestic characters in Washington is Dr. Sandeep Chowdhury, who apparently lives with his mother in middle age (bachelorhood?)  That evening (in Chapter 2, titled “Blackout”), a complete blackout of much of the US occurs, as he flies to Beijing.  Apparently service (including cell and Internet) gets restored in a few days.

Chapter 3 is called “Blinding the Elephant” and Chapter 4 is “Red Lines”.

I believe there is an issue of cutting transoceanic cables.  But it isn’t real obvious what causes the total blackout, other than compounding of effects of hacking such was what happened recently with “Solar Winds” and “Fire Eye”.  One major possibility would be the widespread use of non-nuclear magnetic flux weapons that can produce an EMP effect (and they may wipe out unprotected [Faraday cage} electronics.  The US had considered this kind of attack on North Korea in February 2018 before the Winter Olympics and saner voices calmed Trump down.  Another possibility could be attacks on utilities that break “air gaps”.  None of these things have actually happened to civilian facilities in western countries so far.  But the US military has used such weapons in Iraq and Afghanistan in some circumstances.

At least we have a new president who will take normal responsibility for the military (and intelligence services) now.

I don't think this novel is quite the equivalent of an another "One Second After".  I wonder if my own novel ("Angel's Brother") would make for an interesting issue of Wired ("LOL").

I don’t know of this is in the book or not, but I’ve embedded a Wikipedia picture of Woody Island, which China and two other countries claim now, in the South China Sea (click for attribution).