Pandemic drives people away from bookstores, hurting new authors; but there are exceptions (like "Where the Crawdads Sing", in production now as a mystery film)

Alexandra Alter and Elizabeth Harris discuss the effect of the pandemic on independent bookstores and on smaller chains  and on the ability of newer authors to find an audience, April 18, 2001.  The article discusses particularly the salvation of Chronicle Books.

People tend to shop online more, as I do (even though I like physical copy books) and algorithms tend to present best sellers automatically.

Yet a few new books have stood out, Snoop Dog’s cookbook “From Crook to Cook” and a inward-looking first novel.

Alexandra Altra discusses the best selling debut novel “Where the Crawdads Sing” (Putnam, 400 pages) in a barely prepandemic review Dec. 2019 , by wildlife biologist Delia Owens, about a woman who has been growing up by herself in the deep South, coastal North Carolina (rather around Cape Fear, maybe). Imdb reports a film is in production: a woman raised in the coastal marsh becomes a suspect in a murder of a man she had once been with, a little bit like Dateline.

Posted by Bill Boushka at 7:00 AM No comments:

I picked up this book at Target today on impulse.

The book comprises a poem with illustrations, and two pages of advice for parents.

It’s a little odd to name a newborn child “Antiracist Baby” as if that were a legal name.  He does say that racial attitudes are “bred”, not inborn.  And that babies must be taught that there is no neutral ground between racism and anti-racism.  You can’t be Sweden or Switzerland during WWII.

One idea is that children who grow up in largely all white neighborhoods need to be taught intentionally that race is a major concept in our society even if it is a social construct and not scientific. He says children should not expect to be “color blind” but should be able to name what race (or possibly other intersectional group?) a person belongs to, and that categorization of people, which was taboo twenty years ago, is necessary today.

The book does distinguish between “equity” and “equality of opportunity”, the latter foreclosed by collective (and government-adopted) policy choices.

Posted by Bill Boushka at 7:10 PM No comments:

Gelfand's "Rule Makers, Rule Breakers" (2018) will matter for the pandemic

Right at the beginning, she credits humans for developing social norms because they are so necessaru, relative to other animals.

And there are tight and loose cultures, often related to the degree of external threats the cultures have faced in recent years.

Singapore is one of the tightest. She gives the narrative of Michael Fay, who got a caning in 1994.

But it seems that there is a big difference between social norms about waiting in line, to privacy invasion norms about forbidding homosexual acts, to even educating people into how they must find (opposite sex) partners, as was common there in the 1980s.

The social norms of religious cultures like Islam are often very strict because of the troubled tribal history of the past.

Prospectively, the message in this book will certainly matter for the COVID pandemic.

Posted by Bill Boushka at 8:30 PM No comments:

How to make "low-content books" that sell online (without writing); it's about "commercial viability" folks!

The emphasis is on “low-content books”.

She presents “Bookbolt” as having the toolkit to manufacture the books, for sale on Amazon.

This sounds like a “commercial viability” concept, like how to build a money-making video channel without filming your own videos (main blog, April 9).

I wanted to mention, I got an email promoting a small publishing activity for trans and non-binary people, called Gendercool.  Promoting that culturally is not my own cup of tea, but I wanted to pass the news along.  The idea of this material for age 5 seems a bit challenging.

I don’t write children’s myself, but I get a lot of questions about it, as it seems like a cash cow for many booksellers.

Posted by Bill Boushka at 9:37 AM No comments:

“Rules for Radicals: A Pragmatic Primer for Realistic Radicals”: Karlyn Borysenko reminds us of one of its most shocking ideas in describing the "investigation" of a non-woke professor 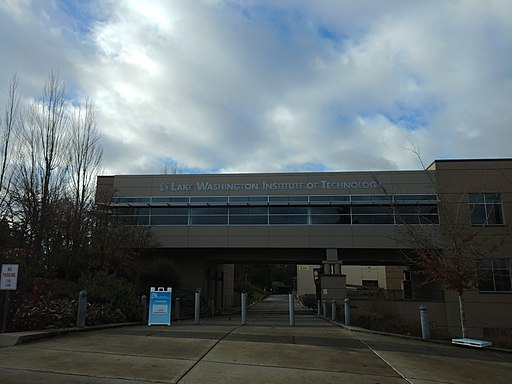 I need to mention another older book on this blog, Saul D. Alinsky’s “Rules for Radicals: A Pragmatic Primer for Realistic Radicals”, as analyzed here on infed by Mike Seal.    The book, 196 pages, was originally published in 1971 by Random House.

One of its most shocking quotes: “He who sacrifices the mass good for his personal conscience has a peculiar conception of ‘personal salvation’; he doesn’t care enough for people to ‘be corrupted’ for them.”   That is, “the end justifies the means”.  If I had to give in to this, I would prefer not to exist at all.

Another one “He who sacrifices the mass good for his personal conscience has a peculiar conception of ‘personal salvation’; he doesn’t care enough for people to ‘be corrupted’ for them.”/

Or, “Pick the target, freeze it, personalize it, and polarize it (Alinsky 1972: 130). This is perhaps Saul Alinsky’s most controversial rule and is the counter to the common idea that we should not make things personal.

The book comes up at the start of Karlyn Borysenko’s video on the trials of Elisa Parrett, a newly tenured professor of English at the Washington Institute of Technology, who was investigated for 8 months after objecting to segregated sessions teaching white fragility and critical theory at the workplace (although she visited the Trump rally Jan 6 but did not go into the Capitol).  Reason magazine describes the whole situation in an essay April 5 by Jesse Sengal.

Update: April 11  I want to supplement this review by referring people to Graeme Wood's Atlantic essay "The Next Decade Could Be Even Worse".  He talks about Peter Turchin (professor and sci-fi writerm "War and Peace and War" (2006), and the idea that we are producing too many elites who can't do their own manual labor. Too many people in the ruling class.  Too many equivalents of Saudi princes. A bit neo-Marxist.

Posted by Bill Boushka at 3:58 PM No comments:

Don Lemon previews “This Is the Fire: What I Say to My Friends About Racism”

Don Lemon, CNN night anchor at 10 PM, gives an interview to Time Magazine (March 29, p. 104), Jannell Ross, about his new book from Little Brown, 224 pages, “This Is the Fire: What I Say to My Friends About Racism”, link.

An interesting part of the interview is how Lemon distinguishes “point of view” from “opinion”.  Indeed, in my own life, a succession of episodes, one leading to the next and always with irony, establishes a “point of view”, where I am unwilling to go along with a superficial idea of group-centered tribal justice.

The interviewer challenges Lemon on his earlier comments five years ago to black youths, “pull up your pants”.  He says there is no real contradiction among his statements of position.

There is mention in the online (not print) review of the Online German Coast Slave Uprising on the Mississippu River in 1811.

Posted by Bill Boushka at 5:04 PM No comments:

"Reimagine Safety: A project of the Editorial Board in consultation with outside voices" by the Washington Post


The Washington Post has a six-part booklet style (with illustrations and murals) opinion, “Reimagine Safety: A project of the Editorial Boardin consultation with outside voices.”

Part 1 is “Police reform is not enough.  We need to rethink public safety”.

Part 2 is “Whom can we call for help? Police should not always be the only option.”

Part 3 is, we should change the physical environment of neighborhood schools to make them safer

Part 4 is, we must focus our resources on those with the highest risk to prevent violence

Part 5 is, we need to empower community leaders with resources

Part 6 is, we must deal with police unions.

But we also have to deal with how much stability we expect when there is so much inequity.  That seems to be what “Antifa” screams at us.

Posted by Bill Boushka at 7:27 PM No comments: